San Simeon, a small unincorporated community situated within San Luis Obispo County on California’s central coast, is located along State Highway 1 approximately halfway between Los Angeles and San Francisco. The San Simeon community is bordered on the east side by open space owned by the Hearst Corporation, and the north and south sides by State Parks property. As an aside, Hearst Castle is visible from portions of the District. The community is located on a coastal plain, bordered by the Pacific Ocean on the west and the Santa Lucia mountain range on the east.

Originally called San Simeon Acres, the community water and wastewater systems have been developed over many decades based on the originally purchased infrastructure. San Simeon’s development occurred primarily in the 1960s and continued in the 1970s. A moratorium on the issuance of water and sewer connections within the District's boundaries has been in place since the mid-1990s. 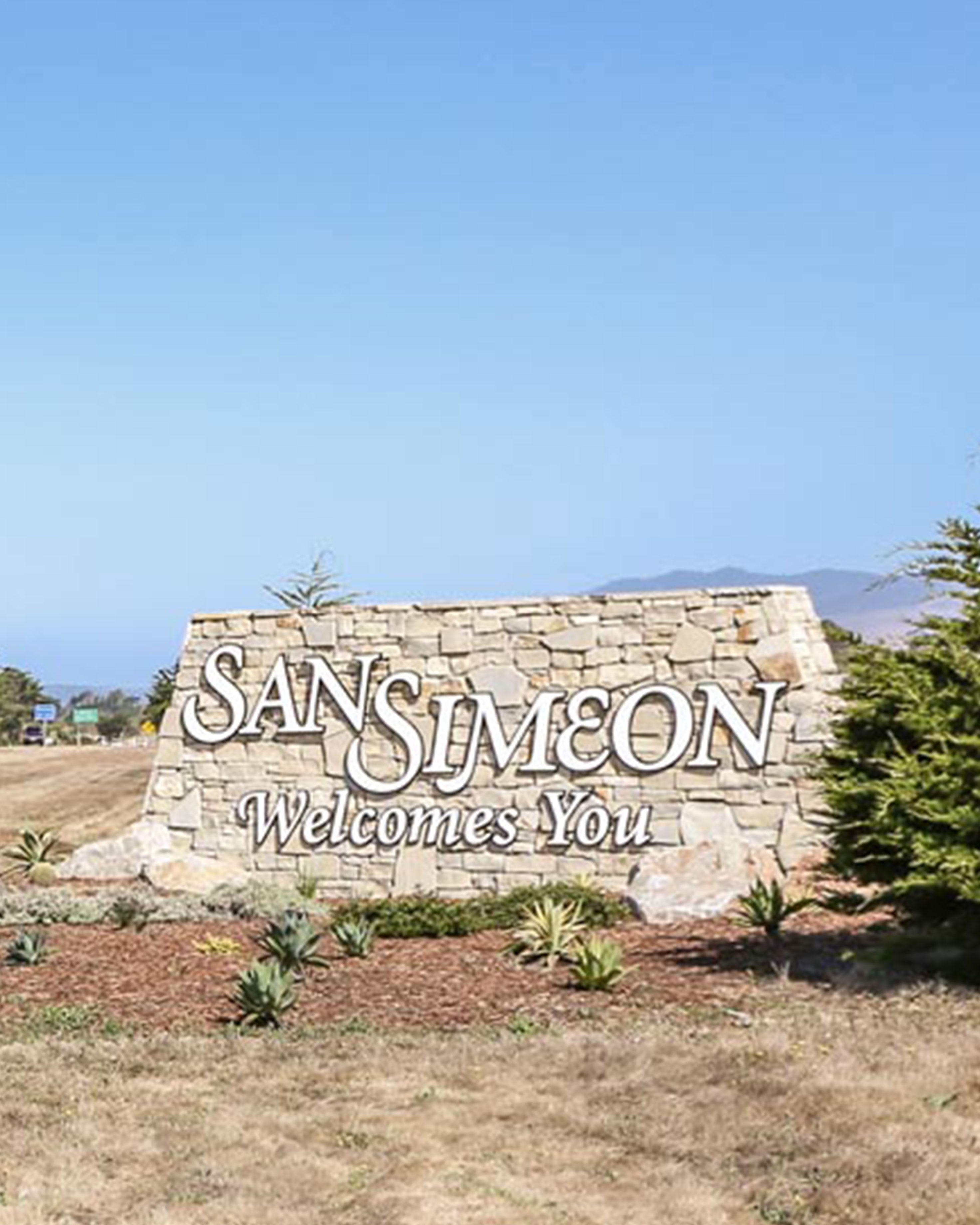 TThe community is governed by a five-member elected Board of Directors. Our Board meetings are held on the 2nd Tuesday of every month at 5:00 PM at 250 San Simeon Ave in the Cavalier Plaza. Board members can be contacted via email.**Note that due to COVID19 guidelines Board meetings are *being conducted virtually.

Click here for the: Policy and Procedures Governing the San Simeon Community Services District and Board of Directors Manual.

gkellas@sansimeoncsd.org
Gwen was born in Liverpool, England. She traveled to the US, eventually she became a citizen, and made the USA her forever home. In 2012, she moved to San Simeon, having found her “piece of paradise”. She holds a BA in Business Management from Cal Lutheran University and a Project Management Masters Certificate from The George Washington University. Gwen volunteers with Pacific Wild Life Care, is a docent at the San Simeon Coastal Discovery Center, volunteers on Sanctuary projects such as Snapshot Day water quality monitoring, LiMPETS a citizen science project, intertidal surveys and Coastal Cleanup; plus, is the alternate for the Monterey Bay National Marine Sanctuary Advisory Council. Her goal is to be fully involved with her community encouraging an ecological footprint through research and forward, innovative concepts.

Daniel was born in San Francisco, raised in Southern California and semi-retired to San Simeon in 2011. After returning from a three-year Asian tour in the U.S. Air Force he began his education at California universities.  This began with a B.S. in Public Health and M.S. in Health Science earned at California State University, Los Angeles. He then graduated from the School of Physical Therapy at the University of California, San Francisco. His 40-year healthcare career was divided between Physical Rehabilitation and Occupational Safety.

Daniel’s vision of San Simeon is a community which is environmentally healthy, safe and prosperous for all residents and visitors.

San Simeon residents and landowners are welcome to contact Director Donahue with their concerns. I check my email daily. If you wish to be contacted by phone, leave your phone number and best time call.

Charlie Grace has over twenty years' experience in the Water and Wastewater industry and has been responsible for the general management of multiple Community Services Districts. Mr. Grace has also managed several treatment facilities, utilizing various treatment processes from small package plants to a 16 MGD (million gallons per day) activated sludge facility. In addition to experience with a variety of treatment processes and skill sets, Mr. Grace is well versed in the operation of state certified laboratories, collection, and distribution systems. Mr. Grace holds a Jurist Doctorate from the Southern California Institute of Law; a B.A. in Organizational Management from the University of Laverne, California; and a Certificate in Water and Wastewater Science from Ventura College, California.

Cortney Murguia has lived in San Luis Obispo County since 2006. Her background includes public utility billing, land use, and water conservation. She currently holds her Bachelor's degree in Public Administration. In her off hours, she enjoys spending time with her husband, son, and their dog Maximus.

Jerry Copeland started his career as a licensed plumber in 1984. In 1997 he obtained his Wastewater Certification through the State of California. In 2009 Jerry obtained his Grade 3 Wastewater license and his Grade 1 in Water Distribution. He began working in San Simeon in 2006.